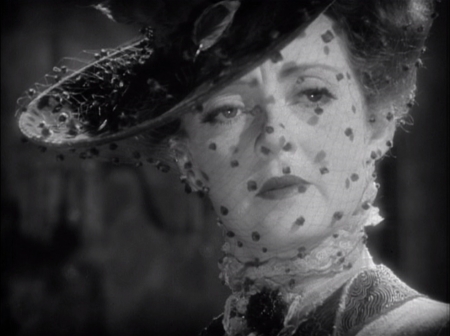 Regina Hubbard Giddens (Bette Davis) is a ruthless woman. It’s natural enough: Her family made its fortune by cheating and exploiting people, both in business and in marriage — which, to them, is nothing more than another commercial transaction. Now she and her brothers, Ben (Charles Dingle) and Oscar (Carl Benton Reid), are the most powerful citizens in their small town deep in the American South, but that’s not enough for them. They hope to make a deal with William Marshall (Russell Hicks), a Chicago businessman, to build a local cotton mill, and if it’s successful, they’ll all become fabulously wealthy. Regina declares that once she has her share of the profits, she’ll go to Chicago with her teenage daughter, Alexandra (Teresa Wright). “I’m going to live there,” she tells her brothers. “I’m going to take Alexandra with me. And I’ll give big parties for her and see that she meets the best people and the right young men too. And later on I’ll take trips to New York and Paris and have what I want, everything I want.”

Unfortunately for Regina, she also happens to be a woman living in the year 1900, and because her father left everything to his sons, she has no money of her own to invest in this scheme. In order to obtain the necessary $75,000, she must rely on her banker husband, Horace (Herbert Marshall). Due to a serious heart condition, Horace has been living and receiving medical care in Baltimore for some time, so Regina sends Alexandra there to bring him home. Almost as soon as he arrives, his wife and his brothers-in-law ambush him for the money — not physically, but it might as well be. Horace, realizing that this is the only reason why Regina wanted him to come back, is deeply hurt; moreover, he has no interest in lining his pockets by taking advantage of cheap labor. “We’ve got enough money, Regina,” he says. “We’ll just sit by and watch the boys grow rich.” Ben and Oscar still need an additional $75,000, but Oscar’s son, Leo (Dan Duryea), happens to have access to Horace’s Union Pacific bonds through his job at the bank. The two brothers have few qualms about “borrowing” them and even fewer about cutting their sister out of the deal. Of course, Regina being Regina, she’s not going to give up without a fight. She’ll do whatever it takes to get what she wants — whatever it takes. 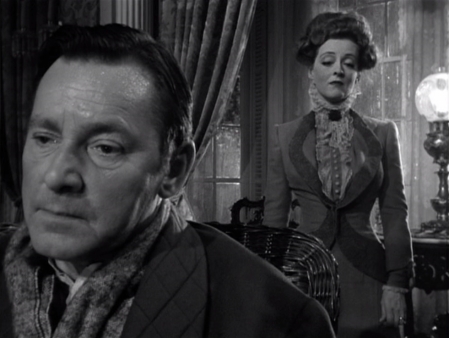 The Little Foxes (1941), directed by William Wyler and based on Lillian Hellman’s play of the same name, is an ensemble piece with many fine performances and memorable characters, but it’s Bette Davis as Regina who dominates the proceedings. It’s fitting that she’s often seen standing on the staircase or looking down from the second floor, because she radiates contempt. (Davis’s eyelids also appear even heavier than usual, which adds to this effect.) Not only is she part of the town’s leading family, living the sort of life her impoverished neighbors wouldn’t dare dream of, but she wants far more than that, and she won’t let anyone stand in her way. Even when Mr. Marshall comes to dinner and she’s at her most amiable, there’s still a touch of superciliousness in her manner; without an outsider present, her temper frequently flares up. “I’ve told you before, Regina, you’ll get further with a smile. I’m a soft man for a woman’s smile,” Ben says when faced with her wrath. The smile with which she responds is positively poisonous.

As the movie goes on, Regina’s appearance seems to grow somehow harsher, as if the hardness inside her is being exposed. There’s a powerful moment during the preparations for Horace’s arrival when she picks up an old photograph of herself and compares it to her reflection in a mirror. Although it only lasts a few seconds and includes no dialogue, it speaks volumes and, more importantly, helps to humanize her. This is a woman aware of her own mortality. Death and even old age are still decades off, but her youth is slipping away, and she doesn’t like it. When Horace tries to discuss the terminal nature of his illness, she becomes so irritated that she gets up from her chair and walks across the room: “I have never understood why people have to talk about this kind of thing.” Small wonder, then, that’s she’s determined to start living her dream life as soon as possible. 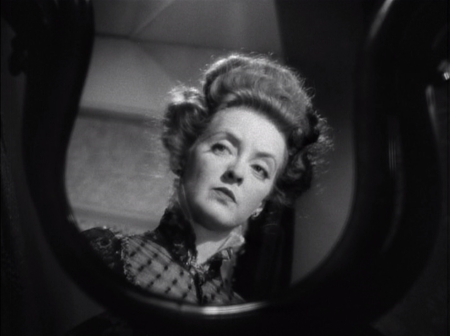 In outlining her plans, Regina emphasizes the ways that Alexandra will benefit. No doubt there’s a vicarious element to this; more charitably, she probably wants the best for her daughter just as almost any other mother would. Still, invoking Alexandra seems a sort of justification for her own avarice. She’s certainly not above using her daughter as a pawn, as demonstrated when she sends her to fetch Horace from Baltimore instead of going herself. All three Hubbard siblings, selfish to the core, are more than willing to use and abuse and betray their family members, including one another. The two brothers, for instance, push Leo into stealing Horace’s bonds, doing the dirty work himself. Oscar also wants to arrange a marriage between Alexandra and the dimwitted but rather nasty Leo, thereby condensing the family fortune for his own descendants. (Ben is single and childless, so his money will go to Leo anyway.) Neither Regina nor Horace likes the idea, and Oscar’s wife, Birdie (Patricia Collinge), is absolutely desperate to prevent it from taking place. “He’s my son, my own son, but you’re more to me, more to me than my own child,” she tells Alexandra. “You’re not going to marry Leo. Oh Xan, I couldn’t even stand to think of such a thing. Don’t you understand? They’ll make you. They’ll make you.” Alexandra, nice but naive, laughs it off, assuring her aunt that she’s grown up and no one can make her do anything. She’s still not fully aware of the Hubbards’ true nature, but Birdie knows it all too well.

The warm, tenderhearted Birdie is a relic of the Old South, the granddaughter of an antebellum governor. Her family owned a vast plantation, and it was their cotton, not Birdie herself, that caught Oscar’s eye. “I thought I liked him, and he was so kind to me then, and I thought it was because he liked me too,” she says of their courtship. Before long, she found herself trapped in a loveless marriage, a mere tool to serve the Hubbards’ ambitions. She has no place in their greedy, cold-blooded world, so she spends her time drinking and musing on the past, when she was so much happier. The great irony is that the old, genteel society that Birdie longs for and idealizes was built on the backs of slaves. (To be sure, her husband and his siblings are doing their best to replicate that system.) Her insistence that “we were good to our people” suggests that she’s trying to excuse, or at least downplay, her family’s culpability, and it adds another dimension to black servant Addie’s (Jessica Grayson) comment about the Hubbards: “Well, there’s people that eats up the whole earth and all the people on it, like in the Bible with the locusts. Then there’s people that stand ’round and watch ’em do it. Sometimes I think tain’t right to just stand and watch ’em do it.” 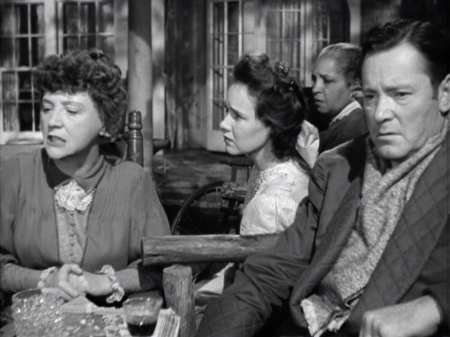 Horace is clearly affected by Addie’s words. He, too, is only a pawn in the Hubbards’ hands, and as he faces his impending death, he finally has the courage to speak his mind to Regina:

Well, maybe it’s easy for the dying to be honest. I’m sick of you. Sick of this house, sick of my unhappy life with you. I’m sick of your brothers and their dirty tricks to make a dime. There must be better ways of getting rich than building sweatshops and pounding the bones of the town to make dividends for you to spend. You’ll wreck the town, you and your brothers. You’ll wreck the country, you and your kind, if they let you. But not me. I’ll die my own way, and I’ll do it without making the world any worse. I leave that to you.

Regina’s response? “I hope you die. I hope you die soon. I’ll be waiting for you to die,” she says, with a glare cold enough to kill him on the spot. Regina Hubbard Giddens knows what she wants; pity the person who tries to stop her from getting it. 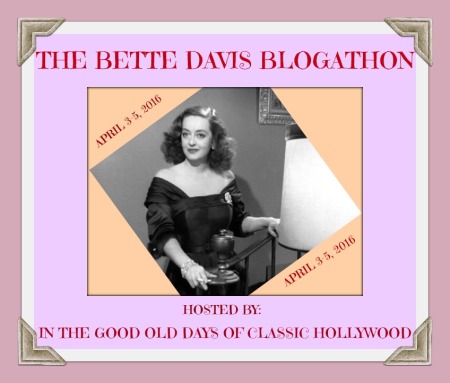 This post is part of The Bette Davis Blogathon, hosted by In the Good Old Days of Classic Hollywood. Click the banner above to see all of the other great posts.