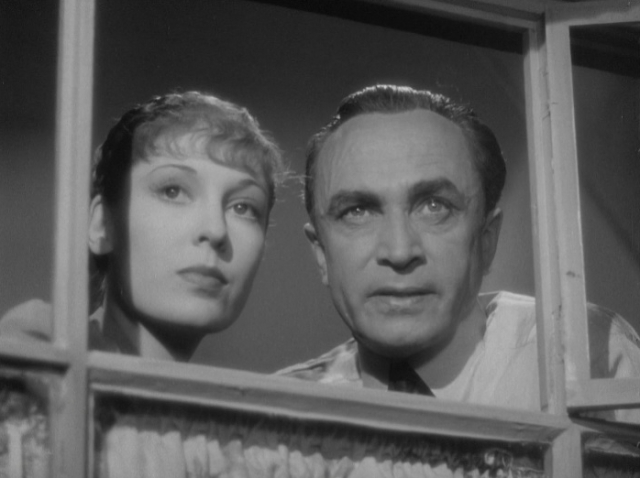 “What right have you to look down on me? I obey my orders as you obey yours. We don’t choose the jobs that are given us or the means of carrying them out. You and I are only parts of a machine for destruction, like it or not.”

After sixteen days at sea in the cramped quarters of a U-boat, Captain Hardt (Conrad Veidt) is delighted to be back on dry land — even if the wartime rationing in 1917 Germany means that he has to settle for boiled fish and carrots instead of the sumptuous feast he’s been craving. However, his shore leave proves extremely short-lived. Before he even has a chance to settle in at his hotel in Kiel, he’s ordered to report to headquarters and is subsequently shipped out to Scotland’s Orkney Islands, the base of the British Grand Fleet, on a special mission. There, in the village of Longhope, he’s to make contact with a young woman (Valerie Hobson) — ostensibly Ann Burnett, the new schoolmistress, but in reality a German agent named Fräulein Tiel. With the help of the disgraced Lieutenant Ashington (Sebastian Shaw), who lost command of his ship after making a drunken error and bears a grudge against the Royal Navy, they choreograph what would be a devastating U-boat attack on two British cruiser squadrons. Naturally, they understand that there are risks involved, yet none of them realize quite how complicated the situation will become. 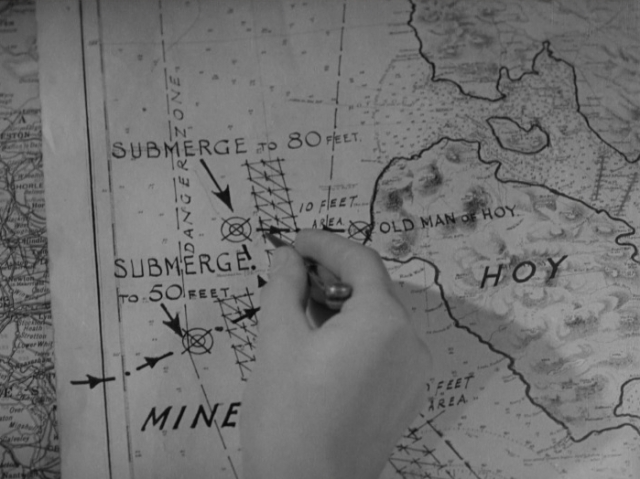 The Spy in Black, released in 1939, was the first collaboration between director Michael Powell and screenwriter Emeric Pressburger, a partnership that would go on to produce such classics of British cinema as The Life and Death of Colonel Blimp (1943), A Matter of Life and Death (1946), Black Narcissus (1947) and The Red Shoes (1948). While The Spy in Black is decidedly less ambitious (and less colorful, in the literal sense) than those later films, it still manages to pack a great deal into its eighty-two minutes — not only suspense, thrills and plot twists, but also plenty of touches of humor, quirkiness and eccentricity. The rugged, rustic Scottish island setting is vivid, evoking both Powell and Pressburger’s I Know Where I’m Going! (1945) and Powell’s earlier The Edge of the World (1937), and the characters are well-delineated and memorable, including the minor ones: crotchety ferry engineer James (Hay Petrie), for example, or local clergyman Hector Matthews (Athole Stewart), who’s highly offended when his dinner guests fail to show up at the appointed hour. Even with a war going on, people are still people, with all of their virtues, vices, idiosyncrasies, foibles and feelings.

This applies to Hardt too. Considering that he’s a German U-boat captain attempting to ambush the Royal Navy in a British film that premiered the year World War II began, he’s often surprisingly likable — always fully human, at the very least, rather than a one-dimensional villain. (Conrad Veidt would get to play a heroic sea captain — Danish, not German — in Powell and Pressburger’s next joint effort, 1940’s World War II-set Contraband.) At times he’s dignified, self-possessed, intelligent and courageous, but on other occasions he’s a bit silly: he goes into raptures over butter, long unavailable to him; he’s forced to hide a motorbike in his bedroom and makes the best of it by using its mirror to help him adjust his tie; he bleats back at a sheep after it bleats at him. He also proves susceptible to more tender emotions, as his feelings toward Fräulein Tiel evolve into something beyond professional respect or admiration — and tender emotions can be a major liability in wartime. 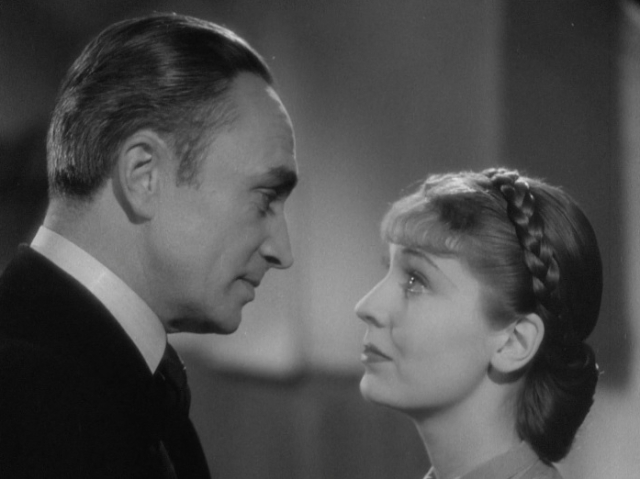 Throughout the film — dealing, as it does, with espionage — characters are forced to suppress their true identities and take on false ones for the sake of their countries. They don’t always do it willingly. Hardt, upon reaching the relative safety of the ersatz Ann Burnett’s house after his arrival in Scotland, wastes no time in shedding his coat and revealing the German naval uniform underneath. “If I am to be shot, it will be as an officer, not as a spy,” he insists when she expresses alarm. Another disguise has also been provided to him: a well-worn tweed suit, intended to help him blend in with the locals. In actuality, the suit is Hardt’s own, but the name of the Berlin tailor from whom he purchased it has been replaced by a Savile Row label, and an Anglicized version of the captain’s moniker — Ernest Hart — has been added as well.

This tweed suit, then, is a kind of physical amalgam of truth and fiction, symbolic of the fact that the characters can never entirely stop being themselves, never entirely give up their deeper humanity, even when they’re playing fake roles or defining themselves and others solely by nationality. The war sometimes compels them to commit appalling acts, beyond the usual horrors that military conflicts entail. When Hardt criticizes Tiel for murdering the real Ann Burnett (June Duprez), an innocent civilian, in order to take her place, she’s quick to point out his own guilt. “Have you ever fired a torpedo at an unarmed ship?” she asks. “That’s different,” he says, to which she replies, “It’s certainly more wholesale.” She can justify her worst actions, along with his, by reducing herself to something mechanical and unthinking, someone who merely obeys orders, part of “a machine for destruction,” as she expresses it. Finer feelings, and even basic morality, play no role in this attitude. 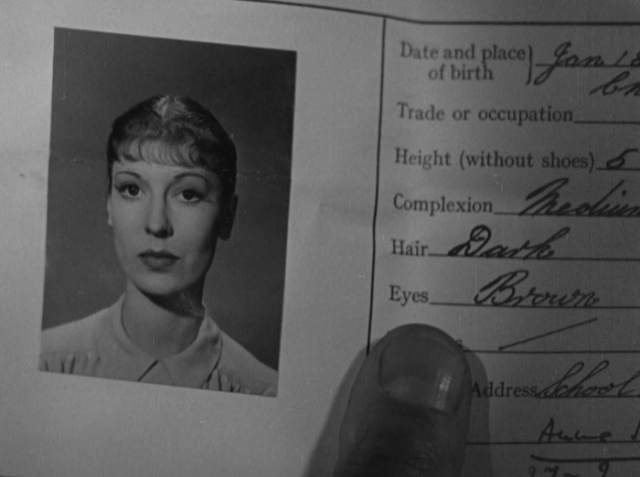 Nevertheless, they continue to exist, suppressed but not extinguished: love, friendship, sympathy, kindness, decency. Such things can still do much good in wartime, of course, but as Hardt and Tiel discover, they can also easily be exploited by the opposing side, putting countless people or entire countries at risk — and therein lies the tragedy, the great sadness of this often exciting, often funny, always human film. It’s not unlike the central character’s realization in The Life and Death of Colonel Blimp that his old ideas about honor and fair play in combat no longer work when facing an enemy like Hitler, even if this film is set during World War I rather than World War II. In that sense, as well as others, The Spy in Black can be seen as the forerunner to Powell and Pressburger’s later, better-known work, yet it has much to offer of its own. 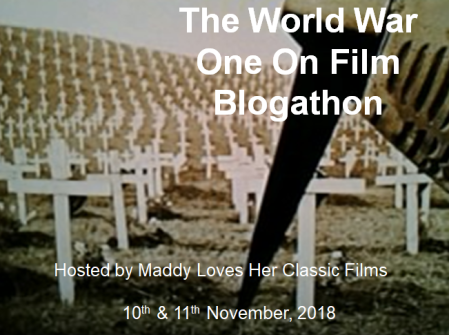 This post is part of The World War One on Film Blogathon, hosted by Maddy Loves Her Classic Films. Click the banner above to see all of the other great posts.