During a snowy medieval winter, two Czech families, the Kozlíks and the Lazars, become embroiled in a feud that quickly escalates into violence. Among its most innocent victims is Lord Lazar’s (Michal Kozuch) daughter Marketa (Magda Vásáryová), a young woman who plans to become a nun but is instead seized by one of the Kozlík brothers, Mikoláš (Frantisek Velecký), as “payment” for sparing her father’s life. Her situation, like that of everyone else involved, grows increasingly painful and complicated as things spiral out of control.

END_OF_DOCUMENT_TOKEN_TO_BE_REPLACED 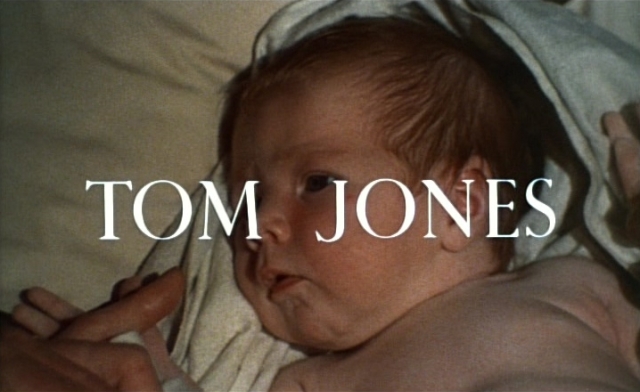 Upon going to bed one evening, Squire Allworthy (George Devine), a gentleman in eighteenth-century England, finds a surprise waiting for him there: a baby. Neither his sister, Bridget (Rachel Kempson), nor his housekeeper, Mrs. Wilkins (Angela Baddeley), knows where it came from, but they decide that the parents must be a young woman named Jenny Jones (Joyce Redman) and Partridge the barber (Jack MacGowran). Squire Allworthy sends Jenny away to save her from shame and declares that he intends to raise the baby himself; thus begins the life of Tom Jones, “of whom the opinion of all was that he was born to be hanged.”

END_OF_DOCUMENT_TOKEN_TO_BE_REPLACED 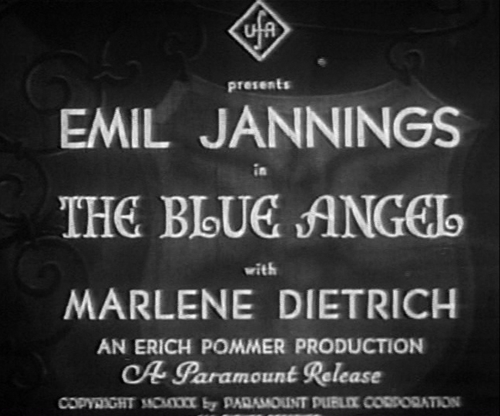 Immanuel Rath (Emil Jannings), a professor of English and literature, is a stuffy, stern man, the type who makes all of his students write the word “the” two hundred times because one of their classmates pronounces it incorrectly. When he learns that some of the young men in his class have been frequenting a cabaret called The Blue Angel to see singer Lola Lola (Marlene Dietrich), he becomes determined to put a stop to it. As such, he visits the club one night on a kind of moral crusade — only to find himself falling for Lola. His fascination with her quickly sends his life into a downward spiral.

END_OF_DOCUMENT_TOKEN_TO_BE_REPLACED

It’s the day before Carnaval, and a young woman named Eurydice (Marpessa Dawn) has just arrived in Rio de Janeiro — but she’s not there to have a good time. Instead, she’s run away from her rural home to seek refuge with her cousin Serafina (Léa Garcia). A man has been pursuing her, she says, and when Serafina suggests that he’s simply interested in her for her looks, Eurydice disagrees: “I’m sure he wants to kill me.”

END_OF_DOCUMENT_TOKEN_TO_BE_REPLACED 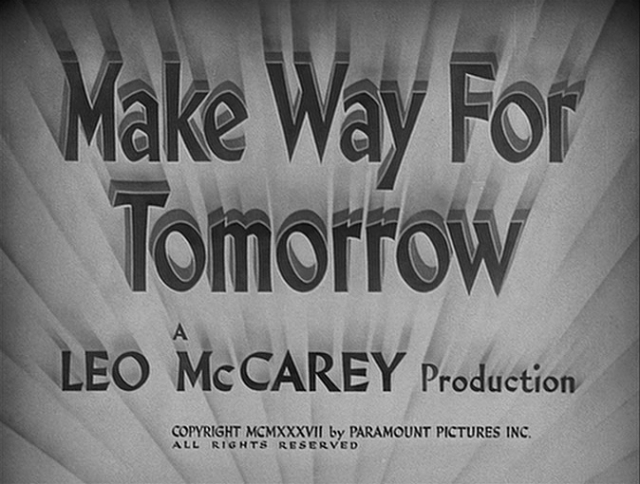 Elderly couple Barkley and Lucy Cooper (Victor Moore, Beulah Bondi) have some bad news for their adult children: They’ve lost possession of their house, having fallen behind in their payments on it since Barkley stopped working four years earlier. The bank gave them six months to move out, but that time is almost up, and they’ve made no plans for the future. “Your father and I were hoping that something would turn up and we wouldn’t have to tell you at all,” Lucy explains. After some argument amongst themselves, the children come up with a solution. Daughter Nellie (Minna Gombell) “can practically promise” that she’ll be able to provide a home for both of her parents in three months; in the meantime, Lucy will stay with the couple’s son George (Thomas Mitchell) and Barkley with another daughter, Cora (Elisabeth Risdon). Although this arrangement makes sense in theory, it soon proves challenging — even painful — for everyone involved. It’s not easy for the different generations to live together, and that makes it all the harder for Barkley and Lucy to live apart.

END_OF_DOCUMENT_TOKEN_TO_BE_REPLACED

In 1862, British widow Anna Leonowens (Deborah Kerr) and her son, Louis (Rex Thompson), arrive in Bangkok, where Anna is to teach the children of King Mongkut (Yul Brynner). The king has hired Anna because he wants his many offspring, as well as his many wives, to acquire the best of Western culture and knowledge. In exchange, he’s promised her £20 a month and a house of her own outside the palace walls — but when she arrives, she discovers that she and her son are expected to live inside the palace after all. The strong-willed, independent Anna confronts the king, despite being warned against it, and though he admires her for her lack of fear, he refuses to give her the house. She decides to return to England, only to change her mind after meeting the children. Still, she won’t give up on getting what she wants, and this won’t be her only conflict with the equally strong-willed king.

END_OF_DOCUMENT_TOKEN_TO_BE_REPLACED 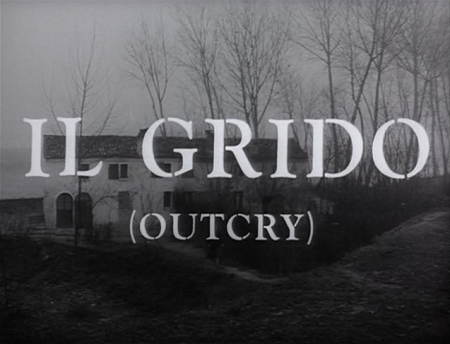 When an Italian woman named Irma (Alida Valli) learns that her husband has died abroad, Aldo (Steve Cochran) — her lover of seven years and the father of her young daughter, Rosina (Mirna Girardi) — assumes that the two of them will finally marry; Irma has other ideas. Now that she’s free (and, simultaneously, forced) to make a decision, she’s realized that she doesn’t want to spend the rest of her life with Aldo. In fact, she admits that for the past few months there’s been “someone else,” a younger man, and she intends to leave Aldo for him.

END_OF_DOCUMENT_TOKEN_TO_BE_REPLACED 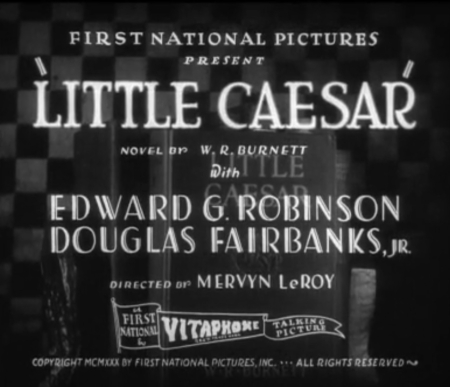 Caesar Enrico Bandello (Edward G. Robinson) — Rico for short — is tired of knocking over gas stations in his small town. He longs to be like the big-time crime bosses he reads about in the newspaper, and not just because of their impressive wealth. “Money’s all right, but it ain’t everything,” he says. “Ah, be somebody. Look hard at a bunch of guys and know that they’ll do anything you tell ’em. Have your own way or nothin’. Be somebody!”

END_OF_DOCUMENT_TOKEN_TO_BE_REPLACED 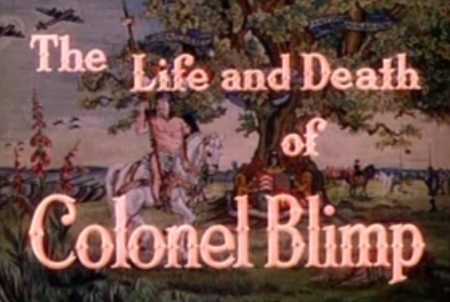 During a training exercise for the Home Guard in World War II England, a group of young soldiers decides to “attack” the opposing side before the mock-war is officially set to begin. Among the men they “capture” at a Turkish bath is Major-General Clive Wynne-Candy (Roger Livesey). He’s furious that they would disobey the rules, but Spud Wilson (James McKechnie) argues that their sneak attack is more in keeping with the real conditions of warfare, where rules mean nothing to the enemy and victory must be won by any means necessary. Wilson has little respect for the bald, paunchy old major-general, who tells him that he’ll be an old gentleman too in forty years’ time. “In 1983, at least I shall be able to say that forty years ago I was a fellow of enterprise,” the younger man replies — which promptly gets him knocked into a pool.

END_OF_DOCUMENT_TOKEN_TO_BE_REPLACED 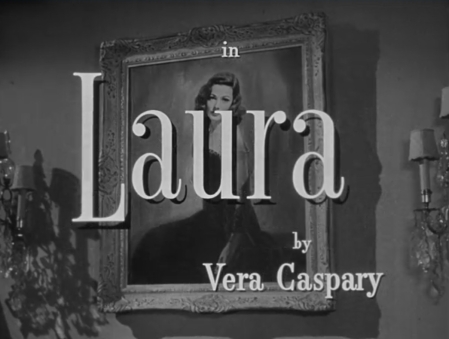 When advertising executive Laura Hunt (Gene Tierney) is murdered shortly before her wedding day, police detective Mark McPherson (Dana Andrews) must figure out who’s responsible. Among the suspects are her fiance, Shelby Carpenter (Vincent Price), a man with a shady past and possibly a shady present as well; her aunt, Ann Treadwell (Judith Anderson), whose house Carpenter frequents; and columnist Waldo Lydecker (Clifton Webb), who acted as a sort of Pygmalion to Laura and was fiercely possessive. He had no shortage of potential rivals. “Wherever we went, she stood out,” he tells McPherson. “Men admired her. Women envied her.” As McPherson delves into her life, interviewing the people who knew her and sifting through the items in her apartment, even he, despite his cynicism, finds himself falling for her.