At a luxurious, baroque hotel, a man (Giorgio Albertazzi) confronts a woman (Delphine Seyrig) and claims that they were acquainted last year at Frederiksbad. When she says that she’s never been to Frederiksbad, he acknowledges that it might have been Karlstadt or Marienbad or Baden-Salsa, or even the very room where they’re now talking, and it’s also possible that it happened more than a year ago. Still, he insists that it’s true and tells her everything he remembers about their time together, about the way she looked and their surroundings and the conversations they had and the plans they made. She, meanwhile, keeps denying that she recalls any part of it.

END_OF_DOCUMENT_TOKEN_TO_BE_REPLACED 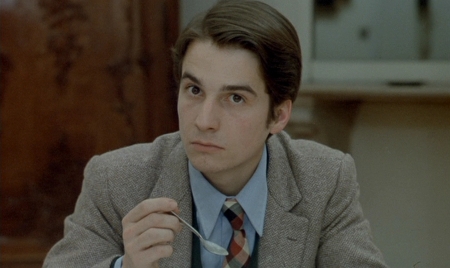 Unlike Antoine and Colette, which came about when François Truffaut was asked to contribute an episode to an anthology film, the next movie in the Antoine Doinel series had no external impetus. “I usually start with more solid material,” the director said on a 1970 episode of Cinéastes de notre temps. “I like having two or three reasons to make a film, a coming together of a book I want to adapt or an atmosphere I want to show with an actor that I want to film, and perhaps a third reason. Here, I admit, I just wanted to work with Jean-Pierre Léaud again. I more or less set a specific date by which I wanted to make a film with Léaud, with my friends Claude de Givray and Bernard Revon. I’d worked with Claude before. I’d known him for many years. We sat down and said, ‘What are we going to do with Léaud?'”