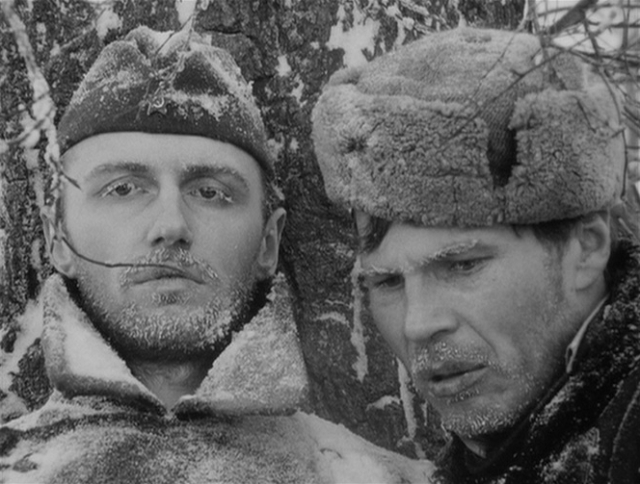 Two characters are faced with a choice between self-preservation and self-sacrifice — or, more fundamentally still, between good and evil. One of them takes the former path, the other the latter. Both must then deal with the consequences of their respective decisions. Boiled down to its essence, it’s a tale simple enough to be a parable or a fable, but it’s also the basis for Larisa Shepitko’s powerful, thought-provoking 1977 film The Ascent.